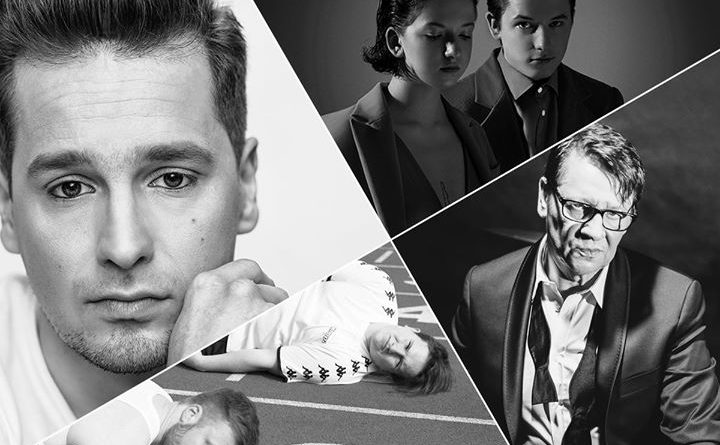 “Enjoyuk.pl Music” Is an extraordinary event in Great Britain. On the 2nd of October four fantastic Native Polish Bands will come up on stage. “Krzysztof Zalewski” who in the last years was conquering the Polish alternative music scene, by achieving the appreciation of the most demanding listeners.

“Krzysztof Zalewski” has a rarely encountered gift, the purity along with his energetic voice power, which can give you goosebumps, along with his band that keeps up the energetic style of music, that with no doubt will cause not fully controlled movements of all limbs.

“Maciej Meńczuk”, who has been performing for a few decades and is still preforming at the same high level, and despite many years of success still keeps a real, pure artistic form, he will perform his
own Trio project. His lyrics are controversial, they are forced to reflect on the existential level. You will find also some anti-system, and anti-political content.

The variety on the stage will include “The Dumplings” a
duet, performing Electropop genre. They have performed at Festivals in “Liverpool SoundCity” and “The Great Escape” in Brighton. They are characterized by what is the best of Electropop,
interesting melody and lyrics about love, full of accurate metaphors, their music gets stays in your head for a long time.

“Wczasy” is the First duo in the sequence, which for the past two years has been gradually entering the top of the charts of the Polish alternative stage. They unintentionally sound similar to The Cure, and by using synthesizers from that era it sounds very friendly to the ear, and its great help with the unpopular, but also ambitious content of their lyrics, that pay attention to some easily accessible and obvious zone of life, which we don’t consider everyday.

You can find out more about which cookies we are using or switch them off in settings.

This website uses cookies so that we can provide you with the best user experience possible. Cookie information is stored in your browser and performs functions such as recognising you when you return to our website and helping our team to understand which sections of the website you find most interesting and useful.

You can adjust all of your cookie settings by navigating the tabs on the left hand side.

Strictly Necessary Cookie should be enabled at all times so that we can save your preferences for cookie settings.

If you disable this cookie, we will not be able to save your preferences. This means that every time you visit this website you will need to enable or disable cookies again.